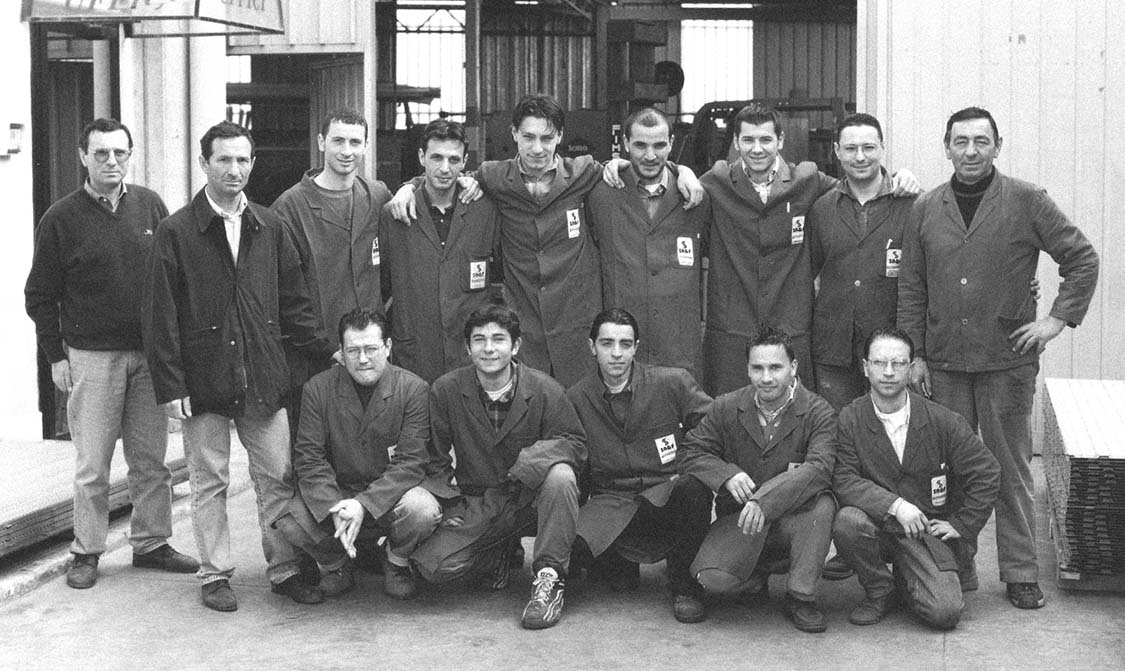 The pocket door system asks to be shown, but it’s invisible. It consistently gives its full support working very hard and tirelessly for dozens of times a day and yet, no one hears it. It has now spread within homes and offices all around Europe, but many people are ignoring that the zinc coated steel pocket that hosts the sliding door is an Italian invention.
Their earliest use is lost in the mists of time (suffice it to think about the wood and rice paper doors of the typical Japanese medieval backgrounds) but the idea of hiding a sliding door inside the wall is a visionary intuition that revolutionised interior design from the 1980s on.

The sliding door systems factory that is now called Ermetika was born in Barletta in 1987, thanks to the great traditional knowledge of metals expressed by two brothers who attempted to prove their expertise in blacksmithing skills. Antonio and Francesco Spinazzola decided to manufacture the first pocket door systems in southern Italy starting from the steel panels they used to work manually.
You can see the two founders together with their metalworkers’ team in the picture above.
They were among the first to introduce customised systems, abounding in the material use because breaking loads had not been recorded in milligrams yet. A rough care that made products highly robust, efficient and long lasting. These qualities, thanks to word of mouth on behalf of satisfied customers, quickly led to production expansion, more labourers and an industrial perspective.
In 1992, the Ermetika brand was born, and then the company started a modernization process, which ended with a positive outcome and consequent industrialization with a veritable assembly chain, that allowed anyway the possibility to produce tailor made systems. Marketing and commercial activities development are a natural consequence of such an approach.
Today Ermetika is an outstanding productive force and one of Apulia’s leading industries; it runs three production lines – as concerning the pocket door systems – and provides doors manufactured for its door systems. The sale network extends over the four continents and the brand travels throughout the countries in Interior design international exhibitions.

BACK TO LISTING
CONDIVIDI

5 reasons for choosing a frameless system

Browsing our site, you agree to our methods of use of cookies. Additional information

This website uses cookies so that we can provide you with the best user experience possible. Cookie information is stored in your browser and performs functions such as recognising you when you return to our website and helping our team to understand which sections of the website you find most interesting and useful.

Strictly Necessary Cookie should be enabled at all times so that we can save your preferences for cookie settings.

If you disable this cookie, we will not be able to save your preferences. This means that every time you visit this website you will need to enable or disable cookies again.